X-Rays are a form of radiation that can penetrate many materials, including human bone and soft tissue. Since X-rays can also expose photographic films, they have become very important in both dentistry and medicine. People often use the word “x-ray” to mean the pictures made with x-rays. The proper term for an x-ray film, or “picture,” is a radiograph.

When x-rays pass through your mouth during a dental x-ray exam, more x-rays are absorbed by the more dense body parts (such as teeth and bone) than by the soft tissues (such as the cheeks and gums) before striking the film. This creates the image on the radiograph. Structures such as teeth appear lighter because fewer x-rays penetrate to reach the film. Other areas, including cavities and bone loss, appear darker because more x-rays penetrate to reach the film. There is a whole range of shades of gray depending on the structures between the x-ray machine and the film. The interpretation of these x-ray pictures allows the dentist to detect hidden abnormalities.

Many diseases of the teeth and surrounding tissues cannot be seen when your dentist examines your mouth clinically. An x-ray exam may reveal the presence of small cavities between the teeth, infections in the bone, abscesses, cysts, developmental abnormalities and some types of tumors. A failure to diagnose and treat these conditions before obvious signs and symptoms have developed can threaten your oral and general health. Finding and treating dental problems at an early stage can save time, money, and unnecessary discomfort. If you have a hidden tumor, early diagnostic x-rays may even help save your life.

Dentists are required by law to provide patients with a thorough examination. In order to do this, they must take x-rays. Patients can refuse treatment of a diagnosed condition, but if they refuse a proper exam which is necessary to reveal the diagnosis, then they cannot be seen as patients. On all new patients, it is common for the dentist to need a full-mouth series of radiographs. This will show all of the teeth, roots, and related areas of the jaws. The number of films needed depends on many factors, including the size and shape of the mouth, and the number and position of the teeth. Generally, at least 18 films are needed, but sometimes as many as 21. Since things change with time, x-rays will need to be retaken periodically based on the patient’s individual health needs in order to reassess the current condition of the mouth.

When human tissue or other materials are exposed to x-rays, some of the energy is absorbed and some passes through without effect. The amount of energy absorbed by the tissue is the dose. No matter whom we are or where we live, we are subjected to quantities of radiation exposure from a variety of sources. The quantities of radiation they deliver are expressed in terms of effective dose. The unit of effective dose is the sievert (Sv) or rem. In modern diagnostic dental x-ray procedures, the exposure and dose are usually so small that they are expressed in “milli” units; that is, units that are equal to one-thousandth of a sievert (mSv) or rem (mrem).

It has been estimated that an average individual living in an average location in the United States receives an effective dose of 3.6 mSv of radiation every year. Dental x-ray examinations are estimated to be responsible for an average annual effective dose of less than 0.01 mSv. This figure is equal to only 2.5% that of medical x-ray diagnosis and 0.3 % of the total average annual effective dose. It is for this reason that the use of x-rays in dentistry is not considered as a source of exposure, and in fact, is considered a “negligible individual dose” by the National Council on Radiation Protection and Measurements, a private, nonprofit organization whose findings are made into law by most states. The negligible individual dose is that quantity of radiation that can be dismissed.

A full mouth x-ray examination of 21 films will deliver an effective dose equivalent to approximately 16 days of exposure to naturally-occurring environmental radiation which equals approximately 13mrem. For purposes of comparison, it is useful to know that according to federal and most state regulations, persons whose occupations involve some exposure to radiation are permitted to receive up to 5,000 mrem of whole body radiation per year. That’s equal to more than one full-mouth series of x-rays every day! In fact, some locations in Brazil and India give natural radiation levels so high that to equal this level of natural bone marrow radiation, a person in an average location in the U.S. would have to receive at least one full-mouth intraoral series of x-rays every day for the rest of his or her life.

There is no question that ionizing radiation in general, and x-rays in particular, have a potential harmful effect on humans. Putting this risk into perspective, however, may help you feel better about having the necessary x-rays taken when needed for diagnosis. The small amount of radiation received from dental x-rays is a very small price to pay for the potentially huge benefit they provide by being able to see a dental or medical problem on an x-ray early and receive early treatment that could save you time, money, your teeth, and maybe even your life. 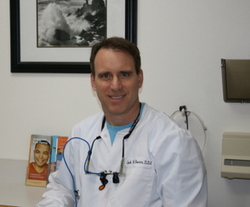